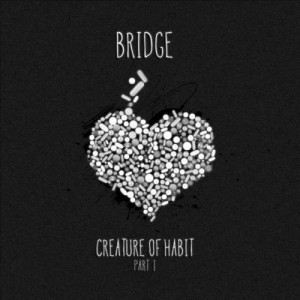 So here we are on this lovely Saturday, the 20th of April. And boy do I have a GREAT read for you. We once praised our FAB friend LP for her great taste in music, bringing us the FRESH video from Bridge entitled “Do Ya Right” (Above) and now she has once again pulled through to set up this interview. So shout out to LP for being totally AMAZE, and shout out to Bridge (and his team) for taking the time to answer ze questions.

Here are the 6 questions we asked him, followed by his responses! Enjoyyy kids. Get INSPIRED.

1. How did you get started, at what age did you know you wanted to be in the music industry? I got really passionate with my music around 15 or 16. My friends and I would freestyle as a joke and eventually I realized that I was good at it. By the time I was 18, I would tell my parents that I was going to school but instead I would drive my car to a parking lot and write to instrumentals. Once I finished writing a song I would record it into my Photo Booth on my computer.

2. Who are your musical influences? What are your top 3 go to songs? My musical influences come from all over. I would say that I get inspired by not just music but by all art in general including fashion, production and writing. Hedi Slimane really inspires me, he’s the creative director for Saint Laurent. He’s currently doing a collaboration with Daft Punk and anytime you combine fashion and music on that scale I can respect it. I have a deep appreciation for writing. Most of my musical influences actually come from singing ballads. I would say that my 3 “go to” songs change all the time. Recently i would have to say that I listen to James Blake – Retrograde, Frank Ocean – Pink Matter and when I need that hip-hop influence I constantly go back to the Chronic 2001 album.

3. How would you describe your sound and style… We think it’s fresh yet powerful not only in terms of your sound but your lyrics as well. I think my sound and style is all based on the vibe I’m in. I tend to gravitate towards very ambient beats. I can always vibe to a mellow record. Lyrically I tend to freestyle my melodies first and input lyrics to compliment the sound. Usually I don’t have a direction until I am midway through the song.

4. What is Creature of Habit all about? I see there is a Part 1, what can we expect in the following parts… COH PART 1 is all about the process and steps that it took me to become Bridge and to develop this brand FINGERS CROSSED. Constantly doing the same routine over and over again until it’s implemented into my brain. Whether it’s waking up at the same time everyday or following the same routine for writing records. I literally am a creature of habit when it comes to music. Part 2 and Part 3 will be all about the GROWTH of Bridge as an artist. There will differently be a bigger sound in Part 2. You might even hear me singing a little bit more. Singing is still something I work on every day.

5. How do you feel to be compared to Drake? I would take it as a MAJOR compliment, but I could see where one would not want that association to stand out on his own – what are your thoughts? People will compare anyone to anything that is already out. I don’t mind it though, Drake is one of the best in the game so I take it as a compliment. I look forward to people realizing that I have my own sound and style – unlike anything that’s out right now.

6. When are you coming to the UK? We need to be “Done Right.” I will be in the UK as soon as the UK wants me. It’s always been a dream of mine to be there. I’ve only heard great things about it. I’ve actually never been to Europe before so I can’t wait until all those dreams become reality.

And in traditional CultureHe(ARTS) fashion we shall end on this note: follow your dreams, and listen to your He(ART) – in this case, He(ART)beat.